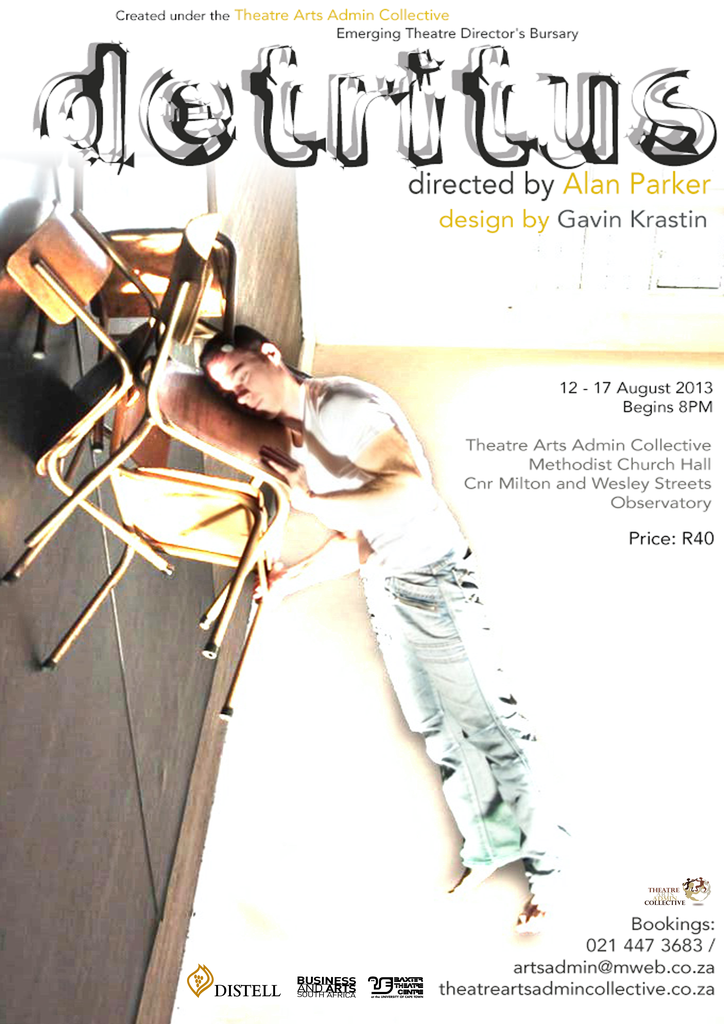 Directed and Choreographed by Alan Parker

At the heart of “Detritus” is an imaginative and playful engagement with the intangibility of live performance.  By its nature, performance is ephemeral, disappearing just as quickly as it appears.  When the event is over nothing of the actual performance remains, except for the detritus - in the form of costumes and props and the (often flawed) recollection of the experience in the memories of the audience.  How do we grapple with memory?

Alan Parker went on to rework Detritus as a one person show which he performed.  He won the Silver medal at the Cape Town Fringe in 2017.