A Faint Patch of Light was performed at Theatre Arts and Makukhanye Arts Centre, Khayelitsha, and thereafter at the National Arts Festival, Makhanda in 2019 with Indalo Stofile and Tiisetso Mashifane, where it received a Standard Bank Cutting Edge Award.  It was filmed for the Afrovibes Festival in the Netherlands and UK in 2021 with Indalo Stofile and Tshegofatso Mabutla. 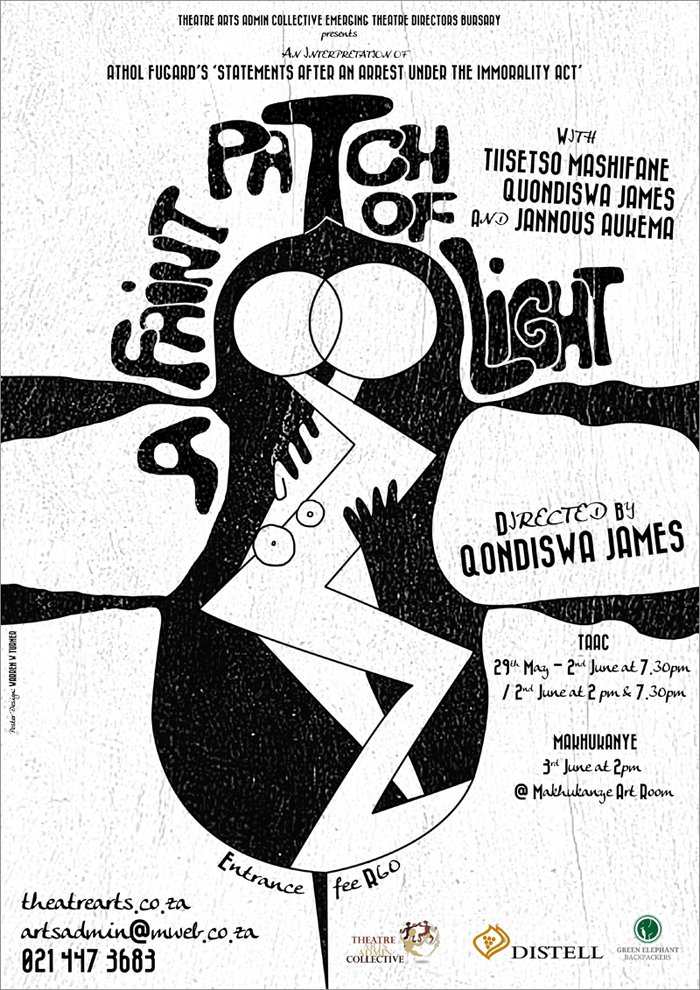 “I am reimagining Statements after an Arrest under the Immorality Act to reinvigorate the activism work presented in this text by reinterpreting a plausible narrative for our current times. What I hope is that a timeless story of struggle belonging to all queer womxn across space through time, will emerge. The story I arrive at is a poignant portrayal of two black womxn loving together on the margins of society. To be queer and black and a womxn means that every day I must live in fear of, not only ostracisation from heteronormative society, but also of real violence being done to my body. For me this context of fear is much like the fear the ‘Immorality Act’ except that here the judge, jury and executioner is not just a racist white supremacist government but a society continuing to perpetuate rape culture; a law system that protects the rights of perpetrators but questions the lived experience of the survivor; a government with rapists and murderers as presidents; and every man (which is probably all men) who has ever done violence on queer, trans, non-binary and womxn bodies. Here too the verdict is death but this time for both bodies, with the added benefit of rape as a last supper.   So finally: A Faint Patch of Light is an intimate play of black lesbian love in a context of inevitable violence.” 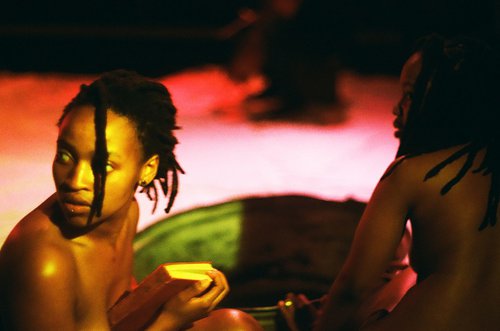 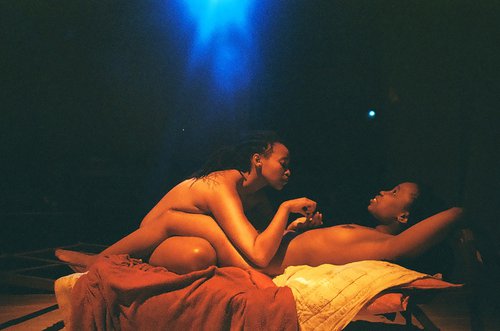